Author on the Couch: Kait Carson

Today’s Author on the Couch is…

Kait is giving away a $25 Amazon gift card to one commenter.

Kait: Ah, the good, the bad, the ugly! There have been several, but the first occurred when I was five. My family came to Miami, Florida on vacation. I stepped out of the backseat of the car, raced through the hotel lobby with my brother in hot pursuit, danced across the hot sand, and ran straight into the ocean. I fell in love. The Catherine Swope mysteries are set in Miami, the Hayden Kent mysteries are set in the Florida Keys. 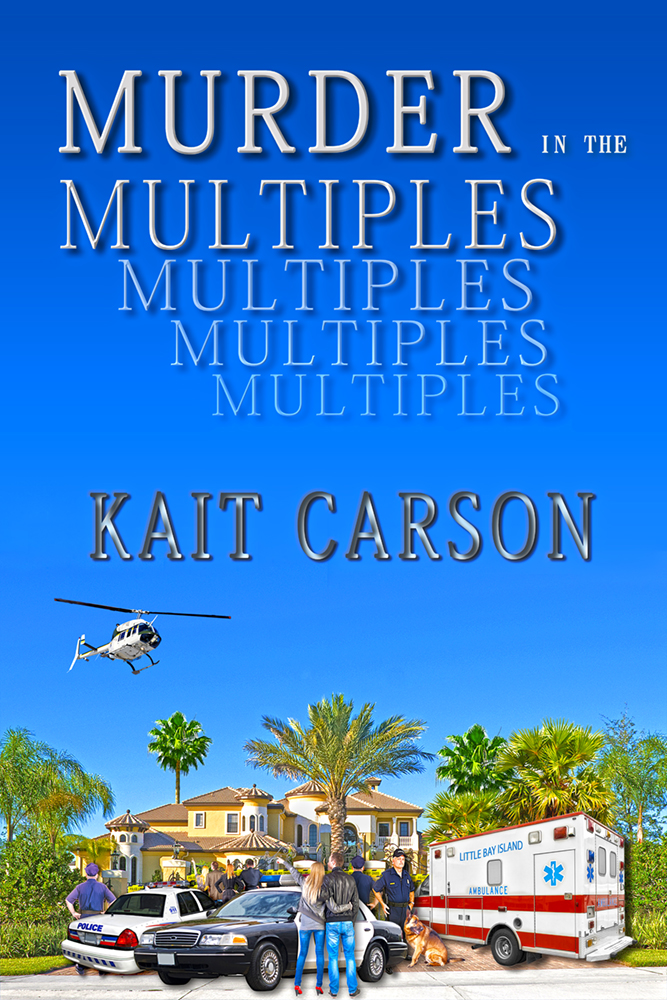 Kait: Perseverance. Followed closely by the ability to get by with little sleep on copious amounts of caffeine.

Kait: Perfectionism. Wait, let me check the thesaurus for a stronger, more vivid word. Something with punch…

Kait: There were two and they are related, both happened years ago. Remember the confessions magazines? True Romance, True Story, True Confessions, etc. They are gone now. My high point was receiving my very first contract from True Romance magazine. A few months later, one of my stories was featured on the cover. There have been later high points, but those firsts. They were sweet—and validating. 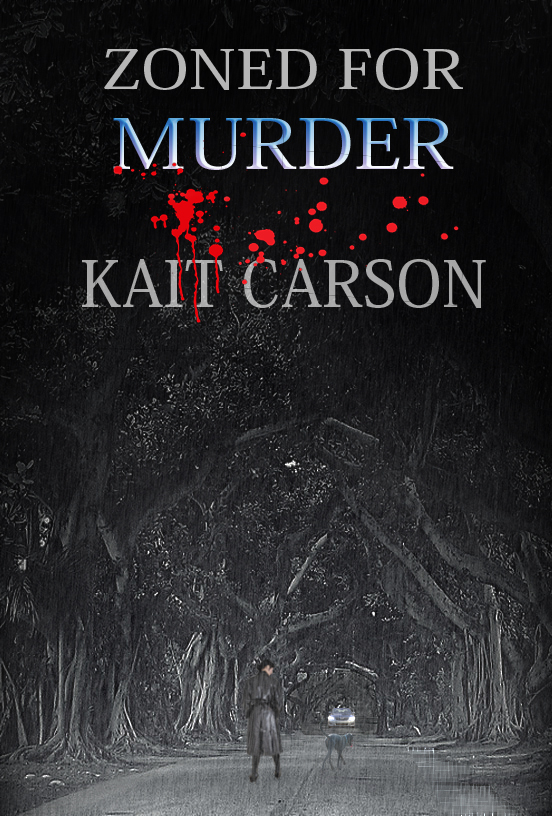 Me: What was your low point as a writer—a time when questioned your path, a time when you felt really crappy about your writing? What happened? How did you get over it?

Kait: The middle of every book until the last one. I was a pantser. That meant no outlines, just great storylines and lots of tangled threads. It always worked out, but it was time consuming. Now I use a modified outline that satisfies my visual needs, but lets the “ah ha” moments flow.

Kait: Hayden Kent. Death by Blue Water The first book in the Hayden Kent series was writing during the National Novel Writing Month. I was living in Maine at the time and dreaming about scuba diving in the Florida Keys. Since Nanowrimo is all about words on the page, I didn’t do character sketches, I simply took my idea and wrote what I knew, including the main character. Although she grew and developed in edits, Hayden and I still share some character traits and a love of running and scuba diving. 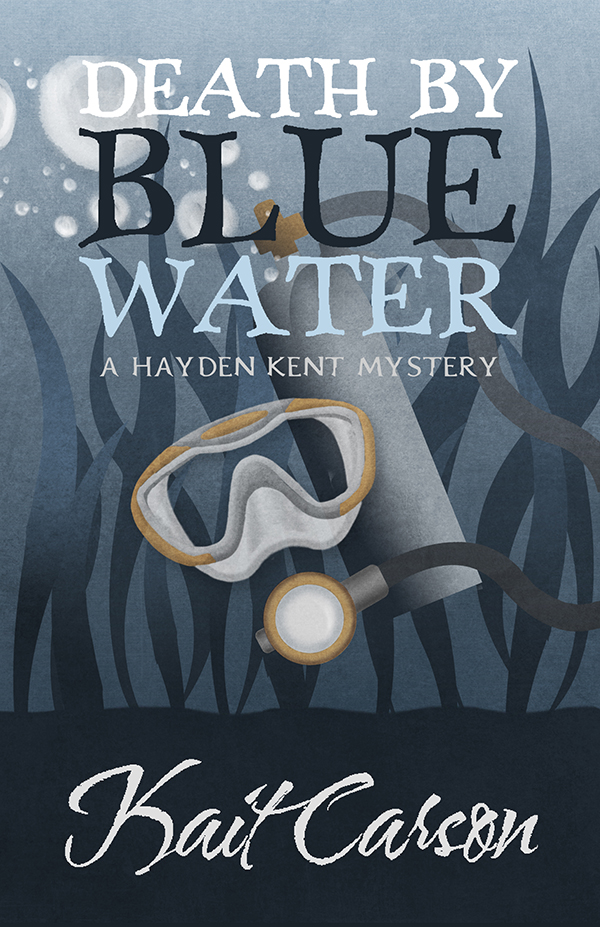 Kait: Too many ideas. I have had nightmares about being an octopus with hands on my tentacles typing away at multiple laptops. Oh, wait, should I reveal that dream? You’re not a Freudian, are you? That could have hidden meaning!

Me: What’s your life motto? Why does that motto speak to you?

Kait: Life is an adventure! There is so much in life that is wonderful. So many people live in the past regretting the things they missed or wishing for do overs. Life is about moving on. If something didn’t work, approach it from a different direction. If you have a dream, work towards it and make it happen. Break it down into baby steps. You’ll get there. Cherish and honor your past, but live in the present and seek out the future.

Me: Tell me about your mystery Death by Sunken Treasure.

When Hayden Kent’s mentor and friend discovers her son Mike’s dead body, dressed in full scuba attire, washed up on Pigeon Key in the Florida Keys, she needs Hayden. Her paralegal and dive skills may help unravel the tragedy of Mike’s last days. He’d recently discovered a sunken Spanish galleon and rumors that he hit the mother lode ran through the Keys like wildfire.

Hayden’s dive on the treasure site uncovers gold, and clues that Mike’s death was something far more sinister than an accident. When two different wills, both signed the day Mike died, are delivered to the courthouse, the suspect list grows, as do the threats against Hayden. The danger escalates as she tries to save herself, discover the motive, and find the killer.

Me: Share with us a favorite paragraph or two from Death by Sunken Treasure. Why do you love this paragraph? What makes it special to you? 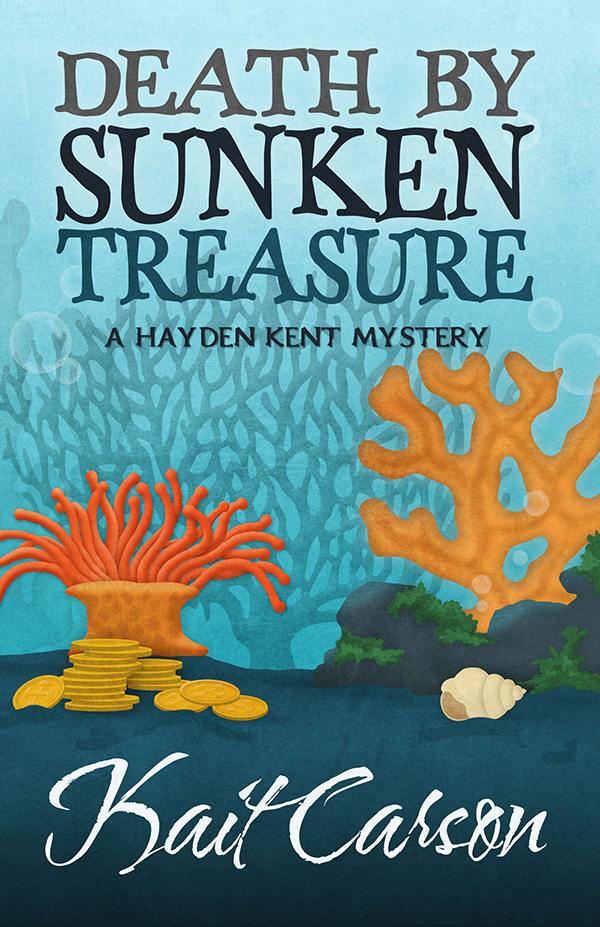 In the nanosecond of silence that followed, I heard a dry click. Dana moaned softly. A baby shrieked from somewhere in the back. Dark green polyester legs swished past me. Each event stood out sharp-edged and distinct. A dust bunny occupied the far corner of the floor behind Dana’s head. The smell of pine-scented tile cleaner filled my nostrils. Individual corpuscles of blood chugged through my veins. My heart unclenched a bit. Something metal skittered across the floor. It slammed into my ankle just at the top of my boot. I lifted my head. The shorter cop had one knee pressed into the center of Kristin’s back, his hands full of her hands and a pair of handcuffs. Someone used my thoughts to marvel that he used handcuffs, not zip ties.

The second deputy stood over me. He slid his weapon smoothly back into his holster and squatted near my feet. “Let me help you up.” He jerked his head in the direction of the gun at my feet. “Try not to move that.”

I struggled to hear him through the buzzing in my ears. I slowly bent my knees away from the gun and took his hand. In one easy motion, he brought me to my feet. “You okay?” His voice came from far away.

My voice deserted me for the moment. I nodded a response and turned to help Dana. His grip on my shoulder stopped me in mid-turn.

“Stand over there.” He pointed to a place near Kristin.

An effervescence bubbled in my veins. “But I…” Something in his face stopped further protest and I slunk in the direction he indicated.

His partner stood next to a now seated Kristin.

The taller deputy stood next to a still prone Dana. He said something I couldn’t hear and pushed the microphone attached to his shoulder. Dana struggled to stand. Everyone sounded foggy. Like my ears hadn’t cleared.

Dana yelped from across the room. Duct tape stuck to the deputy’s left hand. His right reached for Dana. When she came up from the floor, I could see a deep bruise colored the left side of her face. Blood trickled from her hairline and her white shirt showed red stains. She fell heavily against the deputy helping her. Still leaning against his shoulder, she glanced in my direction and said, “Get the baby.”

You can purchase Death by Sunken Treasure here:

You can find Kait here: