Author on the Couch: Amanda Uhl

This week on Author on the Couch, I conduct a session with… 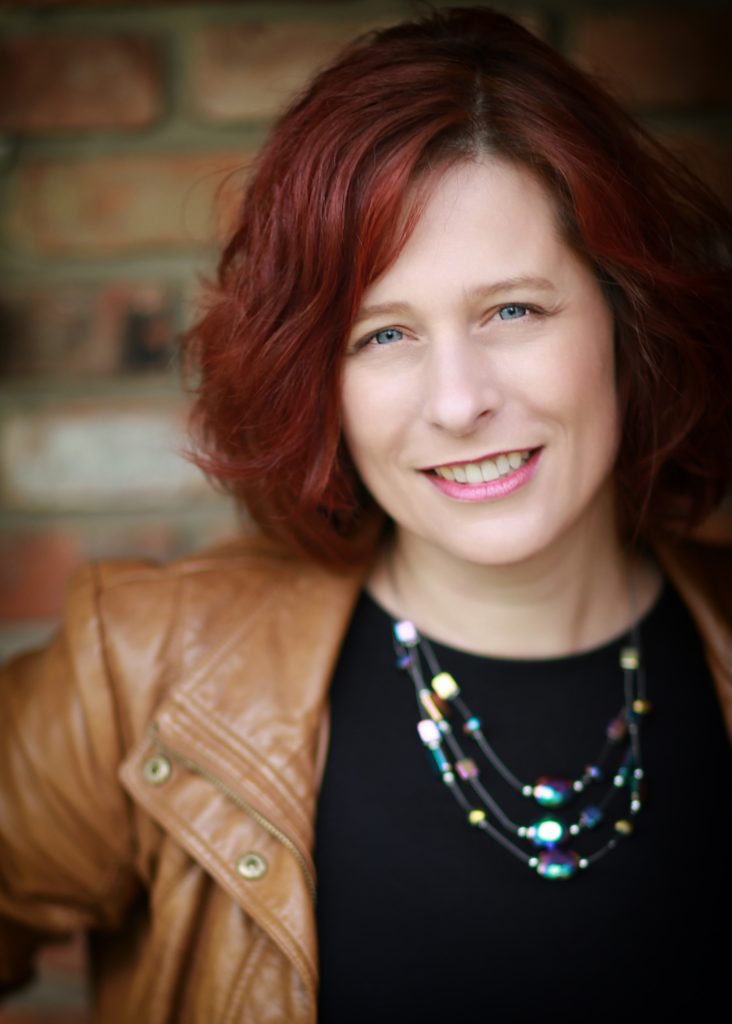 GIVEAWAY! Amanda would like to giveaway an electronic copy of MIND WAVES on October 7th–release day. Just do these three things:

Amanda: I grew up in a family of fifteen children (I’m number fourteen). My older sister was sixteen and a mother figure to me. She taught me to walk, oversaw my first haircut, sewed outfits for me, even bought me my first Barbie doll. I was five when she got married and left our home. I still saw her on visits and holidays, but I felt like I lost my mom. She wasn’t there to shower the extra attention on me. My mother was too busy with all her many responsibilities. I remember sitting alone in our house on a cold November day, crying, longing for her to come back home. I wrote about the experience on my blog — http://amandauhl.com/2016/02/rain-or-shine-were-sisters/.

Me: Wow! Fifteen children. My parents only had two and to this day my dad will get all our names mixed up. I can’t imagine what it’d like with fifteen kids!

Amanda: I’m hard-working, and I don’t give up easily. Okay, I cheated that’s two things. If it’s one thing I’ve learned about the writing process, it requires discipline. You have to make yourself write even when you don’t feel like it. To be successful, you must work harder than you’ve ever worked before.

To be successful, you must work harder than you've ever worked before. @AuAuthor #amwriting via @Abbie_Roads Click To Tweet

Me:  Utter truth. This gig isn’t for the lazy.

Amanda: I let the opinions of others bother me more than I should. I get down easily. It’s a struggle to write after receiving negative criticism. But I work hard to absorb even the bad stuff because I know it will make me a better writer.

Amanda: No doubt when I signed the contract for my first book Mind Waves, which will release Oct. 7 from The Wild Rose Press. I was sitting in a restaurant when I got the offer, and I let out an excited holler. I’m sure I got some strange looks.

Me: What was your low point as a writer—a time when you questioned your path?

Amanda: The first time I got feedback from an editor was a low point. It was a long email outlining everything wrong with my manuscript. Ironically, that’s the editor I eventually signed with – which goes to show how important it is to accept feedback and use it to make your manuscript better. That’s the best way to learn.

It's important to accept feedback and use it to make your manuscript better. @AuAuthor #amwriting via @Abbie_Roads Click To Tweet

Amanda: I never knew I wanted to be a writer. My passion was reading, not writing. Writing seemed like too much work—a forced assignment in school. I was going to be an actress. In fact, I was awarded a four-year scholarship for acting at Kent State University, and I graduated with a BFA in Acting & Directing. That’s about how long it took me to recognize a profound truth about myself: I wanted to create the scene, not star in it.

Of course, if I wasn’t going to pursue acting as a career after graduation, then I needed to find some way to support myself. I landed a job as an administrative assistant in an advertising department for a roof coating manufacturer. That job led to a position as a marketing coordinator for a company that produced keys, which led to a position as a communications writer for a bank. Several of the campaigns I wrote won awards, and I began to be known across the company as a talented writer. I changed jobs a few more times, had three children, received my MBA in Marketing and spent a year as a freelance writer, managing my own company. All the while I suppressed the deep longing I had to tell stories. I made up many excuses as to why I couldn’t write a full length novel—kids, career, husband. But deep down where it counts, I knew they were a lie. The real reason behind the excuses was fear. I was afraid I wasn’t talented enough, people would laugh at me for writing romance, no one would read my books, I wasn’t capable.

I’m a bit of a type A perfectionist, so I had to give myself permission to write the novel and fail before I could begin. I told myself that no one ever had to read it—I would write the book for my eyes only. I’d treat it a like exercise—a little bit of writing every day. I’m so glad I didn’t let my fear hold me back because not only has that book been contracted, but I am three quarters of the way through writing my second novel, a contemporary romance called Charmed By Charlie, which placed third in the contemporary long category of the Cleveland Rocks Romance Writers Contest.

Me: If you could have dinner with any famous author who would it be? Why?

Amanda: Definitely Jayne Ann Krentz. She wrote the first paranormal romance novel I ever read. I consider her a pioneer of the genre. I love the futuristic world she created, writing as Jayne Castle, but she also writes historical novels as Amanda Quick and contemporaries under her own name. (Jayne, if you’re reading, I’d love to meet you some day:)

Me: Yeah, Jayne if you’re reading I’d love to meet you too. And have you on my couch!

Amanda: I collect beach glass. I started collecting about three years ago after my husband purchased a jet ski. We began taking it to Edgewater beach in downtown Cleveland, where I noticed a lot of glass. Since then, I’ve collected jars full of it. It was while collecting, I got the spark for Mind Waves. I wondered, “What if someone watched me while I gathered glass and could read my mind…wouldn’t that be freaky?” And then I thought, “What if they fell in love with me after reading my mind, but I had no idea? What would happen?” You’ll need to read the book to find out:)

Me: I was already going to get your book, but reading the story of how you came to the premise has completely sold me! Going to buy a copy right now… Be back in a moment…

Tell me more about about MIND WAVES! 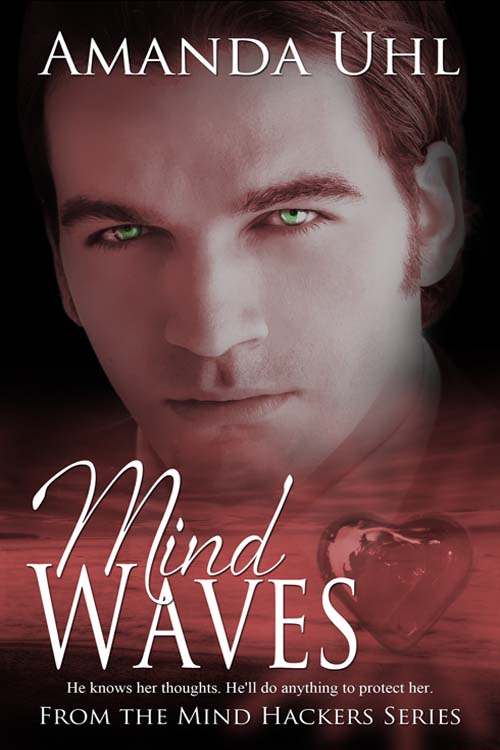 The mind is powerful…but the heart is stronger.

If he can control her mind…

Government operative David Jenkins is skilled at controlling his emotions. Feelings are lethal when your job is to infiltrate minds, erase and implant thoughts, and guard the nation’s intellectual capital. But even he can’t fight his strange attraction to Grace Woznisky. He’ll do whatever it takes to protect her from a madman intent on possessing both their minds. Neither suspect their dangerous enemy has a larger motive, and David may be Grace’s only chance for survival.

Can he control her heart?

All freelance artist Grace wants is steady-paying work and to see her flighty sister to the altar. But after David offers her a job, she finds herself in the middle of a mental tug of war—one that has her reeling from nightmares and fighting for her life. She must decide: Are her growing feelings for her new boss authentic, or is she a victim of his mind-altering abilities?

Me: Share a few of your favorite paragraphs with us.

Although his men spread out, dodging and neutralizing the dark soldiers, almost immediately David sensed something was wrong. He felt the smallest tremor. That was the only warning he received. A massive energy wave burst upon him, destroying their protective shield and giving him mere seconds to react. Unthinking, he pushed outward while at the same time pulling enough latent energy to propel himself back through the portal. He was safe! But his relief was short-lived. The orange doorway in the target’s mind closed behind him, leaving the others trapped.

“No!” David tried desperately to force a spike in the energy field, but it was too late. His crew perished instantly, their life-force absorbed into the target’s mind. Meg’s light was sucked through the portal with them. “No!” He screamed, a deep agony filling him. Instinctively, he followed their special mental path, but he could not cut through the darkness.

She was gone. He had killed her.

Abbie Roads writes dark emotional novels featuring damaged characters, but always gives her hero and heroine a happy ending… after torturing them for three hundred pages. Her first novel RACE THE DARKNESS is available for pre-order.

Check out Abbie Road’s second Novel HUNT THE DAWN, which is also available for pre-order!