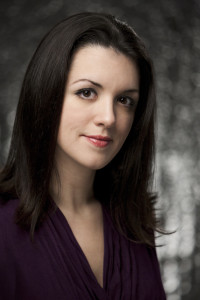 GIVEAWAY! Linda is giving away an e-copy of her book RELEASING THE DEMONS to a random person who comments on this blog.

Medical school in general had a huge effect on me and completely changed the way I perceived the world. From the moment I had to completely take apart a human body during gross anatomy to running my first code intern year, being a physician has transformed both my intellectual and creative self entirely. I’m not going to say medicine was pretty, because it wasn’t (and still isn’t), and I was incredibly hard on myself. I constantly pushed both my mind and body to the extremes and it was tough (particularly for my husband, poor guy—he’s an angel). But there were so many highs as well, like delivering a set of twins to a mother who’d so desperately wanted children along with the rush and elation of bringing someone back from the brink of death. All of these experiences fueled my creative brain, and although I don’t write medical suspense (I get enough medicine on a daily basis), sometimes they infiltrate my stories and seep through the cracks.

Linda: Persistence and a thick skin. Medical school also helped cultivate these necessities in authorship and it certainly helped me through my initial waves of rejection. But I’ve always been stubborn (maybe foolishly so) and I refuse to give up. Now don’t get me wrong, I’ve had weak moments of course, but if I could deal with a withdrawing alcoholic running around a hospital at 2AM, butt naked and screaming at me to get into his imaginary cab, I could deal with anything!

Me: Lol… Your job sounds an awful like some of my work as an on-call counselor for the local emergency room. We should swap war stories some time!

Linda: I have perfectionist tendencies (oh man, I totally sound like a stereotype, haha) and sometimes they drown my muse. They also slow me down, since I feel this visceral urge to get every intricacy of a scene absolutely right before I go any further. I’ve been getting better at fighting this and just getting the words on the page, but sometimes it rears its ugly head and I can’t help myself.

Linda: Signing my first contract with Soul Mate Publishing! When I received my editor’s offer in my inbox, I was stunned. I literally did not respond for a week ‘cause I couldn’t believe it! I kept thinking it was going to vanish right before my eyes, but it didn’t, obviously. Finally I accepted it before they changed their minds and my writer alter-ego has been very happy since!

Linda: When I tried to rewrite my first novel. I wrote a 250K word beast in college (I had no idea what I was doing) and I attempted to repair it during my two-year transition from college to medical school. That was around the time where I started to take my writing seriously, and I’d done a bunch of research into the industry and sought out other writers and communities for advice. After amassing as much knowledge as I could, I realized my novel was complete shit and irreparable. It broke my heart and my ego was completely mangled—I remember crying to my husband (I’m telling you, he’s an angel!) and wailing about what a crappy writer I was. He just sat me down and said, “Forget about it. Write the next book,” (a wise angel too). I did. And that next book got me a publishing contract. 😀

Linda: I never actually knew, I just was. I’d written my entire life. I wrote my first “official” story at ten years old, titled “The Secret Door,” and it was fifteen typewritten pages long. It was about two little girls living in a haunted house with a portal to another dimension ben 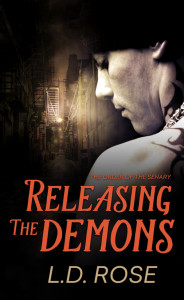 eathe their beds. Even at ten, I was obsessed with the paranormal. I couldn’t read enough scary stories (yes, even at ten) and I couldn’t write about anything else. Once I threw romance into the mix, it was hook, line and sinker. 😉

Me: Paranormal. Horror. Romance. I can’t wait to read your book!

What causes stress in your writing life? Why?

Linda: Honestly, writing is my stress reliever. I’m constantly being annihilated with solving complicated medical problems on a daily basis. When I come home, I love sinking into my dark fictional world and releasing the tension. But I have to say, editing is a particularly stressful process for me (thanks to my perfectionist tendencies) along with the anxiety of an impending release. I’m terrified and excited, but it hasn’t done much good for my sleep or cortisol levels!

Linda: Bones from Jeaniene Frost’s Night Huntress series (isn’t he everyone’s?). I absolutely love him and not just because he’s a vampire. 😉 Granted I’m only on the third book *braces self for flying projectiles*, but I love a hero who treats the heroine as an equal and with respect. I love it that he protects Cat but isn’t overbearing, that he fights by her side and not in front of her, and that he treats her like she’s the center of his world. Not to mention he has an accent and is freaking hot in the sack! How can you not love a beast like that?

Tell me about your book RELEASING THE DEMONS

Blaze Knight has been through hell and back, but the nightmares aren’t over yet.

Five years after Blaze was maimed by Cyrus Chimola, a powerful vampire with a penchant for torture, he’s still trying to pick up the pieces of his shattered life. As a genetically engineered mercenary with the ability to bend fire to his will and to see in infrared, Blaze’s mission is to protect what’s left of humanity. When Chimola and his crew return to the Bronx gunning for Blaze’s blood, Blaze is forced to face the demons of his past. Hell-bent on revenge, he seeks the help of Valerie Medeiros, an NYPD detective who manages to steal his heart and save his life in more ways than one.

Motivated by her sister’s gruesome death, Valerie has made it her life’s goal to bury every vampire in the ground where they belong. When she brings in Blaze Knight for suspected murder, she discovers he’s not only innocent, he isn’t a man at all—he’s a half-vampire hybrid working with a band of brothers for the U.S. military. Valerie has a hard time trusting anything with fangs, yet she quickly falls headlong into Blaze’s life, a life full of darkness and horror she can’t even begin to fathom. The bodies are stacking up, but Valerie can’t seem to let go of this hybrid, a beautiful monster filled with pain, rage, and passion unlike anything she’s ever known.

In a world where the line between good and evil is blurred, Blaze and Valerie will find danger at every turn, risking everything they’ve come to know and love, including one another.

Me: Blaze Knight–> What a name!

Share with us a favorite paragraph or two from your newest release.

Linda: Just for context’s sake, the hero sees in infrared and can’t feel his hands from nerve damage due to repetitive burn injuries. All in all, this makes shaving difficult.

“How long have you been clean?”

“Two years.” He finally scraped up enough courage to look at her. She’d scooted closer, her eyes piercing his soul and leaving a mark. “I’m still trying to put myself back together and it’s been harder lately.” He swallowed hard, feeling extraordinarily vulnerable. “But you’ve made it easier.”

Valerie smiled, one of those gorgeous, heart-stopping smiles that had lured him in the first place.

Shaving cream dripped onto Blaze’s forearm and he lifted a hand to his face, trying to catch it. “I’m making a mess.”

“Come here.” She pulled him toward her and picked up the razor he’d dropped in the sink. He settled between her legs as she reapplied the shaving cream, smoothing a hand over his skin. He sighed as he closed his eyes, reveling in the sensation as her warmth filled his heart to the brim. She carefully finished what he’d started, and it was in that moment when he realized he was madly in love with her.

“No one’s ever done this for me before,” Blaze said a bit hoarsely, covering her knees with his hands.

“I used to do it for my dad when he couldn’t anymore.” Valerie leaned over and rinsed the razor before setting it down. “But he had a lot more hair than you,” she added with a chuckle, handing him a towel.

He wiped his face and murmured, “Thank you.”

She trailed a finger along the line of his jaw. “You’re welcome.”

Blaze dropped the towel before he framed her face in his hands and kissed her deeply, pouring all of his emotion into it. She returned it with the same fervor as she wrapped herself around him.

Even after everything he’d told her.

After everything he’d done.

I love this segment (the entire scene really) because my hero, Blaze, finally shows my heroine, Valerie, that he’s vulnerable and human and not some enraged monster hell-bent on revenge (of course, he’s that too). What makes it special is that he finally realizes how much he loves her and how much she means to him, although he doesn’t tell her quite yet. 😉

To purchase RELEASING THE DEMONS go to:

You can find Linda on:

Don’t forget to leave a comment to be eligible to win a copy of RELEASING THE DEMONS!

If you are interested in being an Author on the Couch, email me at

Abbie Roads writes darkly emotional novels featuring damaged characters, but always gives her hero and heroine a happy ending… after torturing them for three hundred pages. Her first book will be out in Summer 2016.