This week on Author on 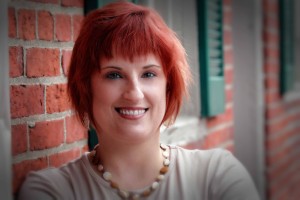 the Couch I conduct a third session with: Nicole Evelina

~First things first, if you missed Nicole Evelina’s first and second session you can find it here:

GIVEAWAY! Nicole is giving away a free copy of Been Searching for You: print or ebook, whichever the winner chooses … Just do these three things:

Me: What have you been up to in between sessions? 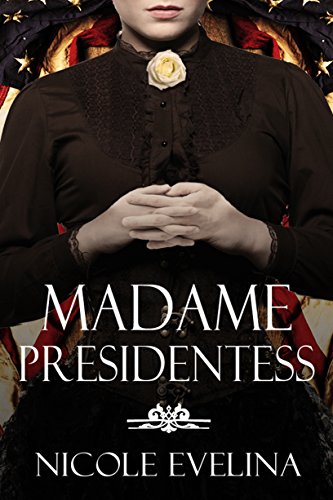 Nicole: I have been so busy, I don’t know if I’m coming or going half the time! My fourth book, Madame Presidentess, biographical historical fiction about Victoria Woodhull, the first woman to run for President in the US in 1872, was released on July 25. Thanks to the publicity company I worked with, the next few weeks were a whirlwind of TV and radio interviews, podcasts and guest articles in newspapers and online publications. I had several book signings, attended the Historical Novel Society conference in Oxford, England, PennedCon here in St. Louis, and a really cool re-enactment of the election of 1871. Plus, I’ve had speaking engagements for the last six weeks straight. Luckily, I only have two more left. Then I’m crawling in a blanket fort and sleeping for a few months. Oh, and I have a full-time job.

Me: Whoa.  You have been one busy lady!  Congratulations on your release!
If you had to pick a mental disorder to have for only one day (purely for writer research purposes), which one would you choose? Why?

Nicole: I already have anxiety, so I would choose synesthesia. It’s a condition where people’s senses perceive things differently than you would normally expect. For example, instead of just hearing music, they may see it as colors, like a friend of mine on Twitter does. Or people might see letters or numbers as associated with certain colors. Some people associate scents with colors. I’ve heard of people who are affected so much that certain sounds that it produces a feeling in their body even though they haven’t been physically touched. I find this fascinating and am planning a book in which the main character “sees” music in a series of images. 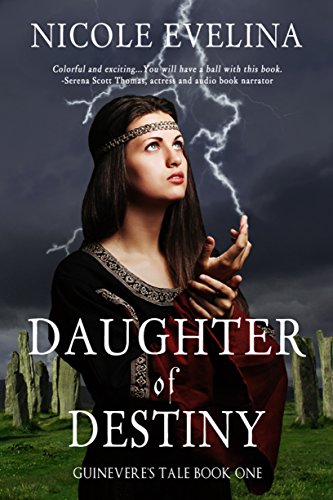 Me: Very interesting response!  I can’t wait to read that book.
What causes stress in your writing life? Why?

Nicole: That I have so many books I want to write and not enough time! I have seriously about 20 plots in my head, but can only realistically produce 1-2 books a year. And the plots don’t stop coming! I really wish I could write full-time so I could produce 3-4 books a year. That would be nice.

Me: I agree!  There never seems to be enough time.
Who is your book boyfriend? Why?

Nicole: Hands down, it’s Ben Pearl from Jennifer Lee Carrell’s Shakespearian thriller Interred with Their Bones. I don’t normally go for alpha male, but Ben is a security expert, very much a protector. And he’s very, very smart. I think that’s what really attracts me. For some reason, I picture him looking like ch 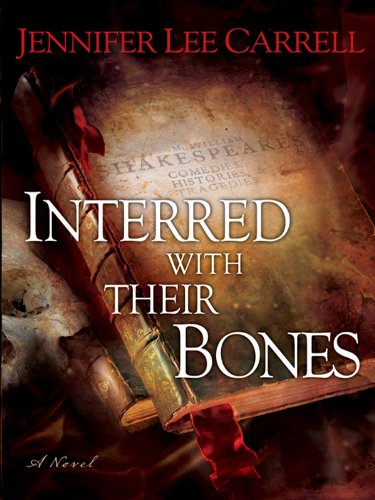 oreographer Tyce Diorio, whom you may know from So You Think You Can Dance.

I’m also madly in love with two of my own characters, okay three. Aggrivane from my Guinevere books, and Alex and Miles from my contemporary rom-com Been Searching for You (which you can preview below). Why? Aggrivane has the soul of a poet. Miles is cool, smooth and funny, and Alex is intellectual and very, very romantic. 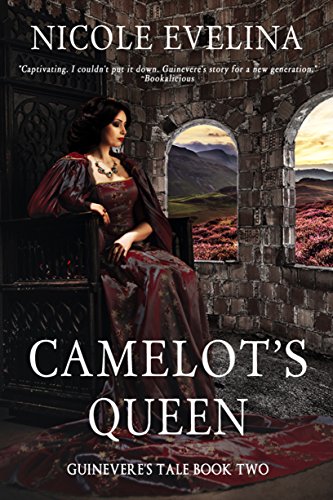 *Sigh* If only I could find a real-life guy who embodies all these traits.

Me: What’s the worst piece of writing advice you were ever given? How did you get beyond it?

Nicole: I see a lot of people nowadays talking about how everything you do to promote your book has to result in a sale. That is so not true and believing that is just going to stress you out. A lot of marketing is about exposure, building name/title/brand recognition and making connections with readers, bloggers, other authors, etc. And yes, sometimes you have to spend a little money to make a little money. That’s the difference between PR and advertising. PR is earned, whereas advertising is paid. Trust me; I have a master’s degree in public relations.


That’s the difference between PR and advertising. PR is earned, whereas advertising is paid. @nicoleevelina @abbie_roads Click To Tweet I have so many books I want to write and not enough time! @NicoleEvelina #amwriting Click To Tweet 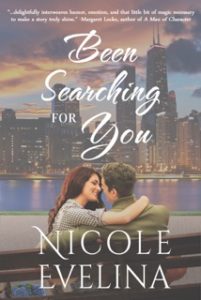 Nicole:
Get ready to lose your heart to this award-winning, humorous love story. Written in the tradition of Nora Ephron and Hallmark Channel movies, this fun romantic comedy shows that old-fashioned love can be found by the modern girl, if only she’s willing to trust herself and search hard enough.

Annabeth is a hopeless romantic who believes in soul mates. In fact, she’s been writing to hers each year on her birthday since she was 16.

Now, at 34, she’s still holding out hope of finding Mr. Right even though he’d be fighting an uphill battle to gain her trust, thanks to a traumatic experience years before that’s left her unable to commit.

When Annabeth meets a handsome literature professor named Alex on her 34th birthday, she thinks her quest may finally be at an end. Things don’t quite go as planned, so Annabeth resolves to do everything she can over the next year to find the unknown recipient of her letters.  But blind dates, Meetup events and online singles sites have nothing on what fate has in store for her when a co-worker unexpectedly quits and Annabeth finds herself working in close quarters with both Alex and her long ago ex, Nick. Fighting her attraction to one and loathing for the other, Annabeth is forced to face all of her old insecurities while keeping an eye on a scheming frienemy who may derail her hopes and dreams.

Been Searching for You was the winner of the Romance category in the 2016 Colorado Independent Publishing Association’s EVVY Awards, as well as the 2015 Romance Writers of America Great Expectations and Golden Rose contests.

Heat level: Mild – all the sex takes place behind closed doors, but there is a little action on the page.

This is a paragraph from one of Annabeth’s letters to her unknown soul mate. I love it because I have a feeling every single girl (and a lot of guys) have wondered this exact same thing? What if we’ve already met or just missed meeting and I’m the one who messed it up by not paying attention to what’s going on around me? I think it’s very relatable.

But why the wait? I ask myself that question every single day, wondering if today is the day. What if we’ve been through a series of near-meetings over the years, times when our paths just missed crossing? I can easily imagine us passing one another at the grocery store, neither noticing because I was looking at my shopping list and you were examining the label on a can of baked beans. Or us being one row apart at the bookstore, hands on opposite books, but one of us decided not to pull the book off the shelf, so we didn’t see one another through the gap.

Other books by Nicole:

You can find Nicole here: 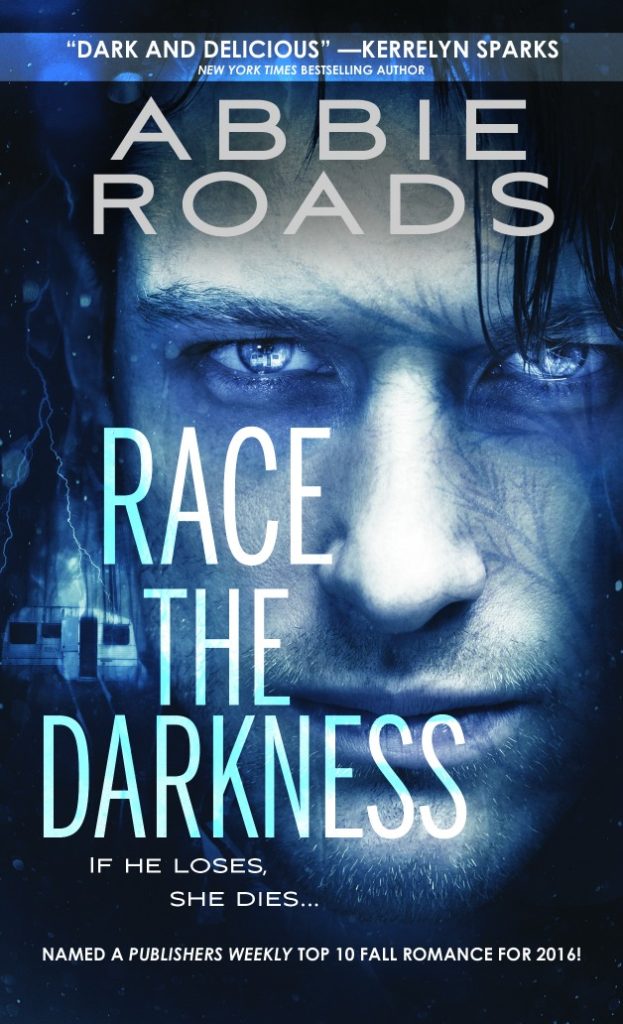 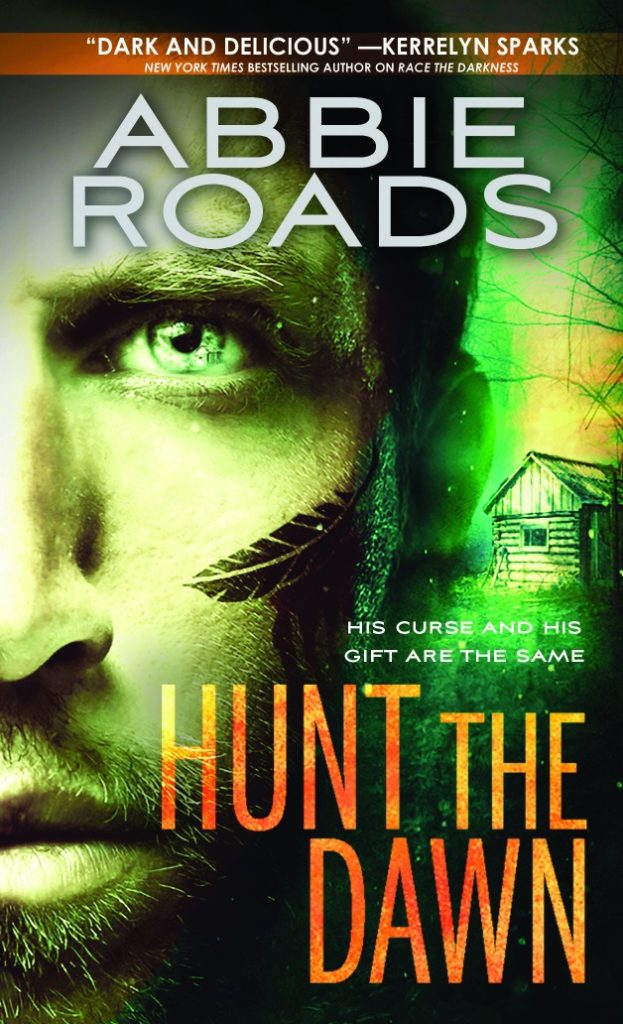