Cover Reveal: WHEN YOU TOUCH ME by Marilyn Baxter

A woman whose touch can heal. A man who doesn’t want to believe. 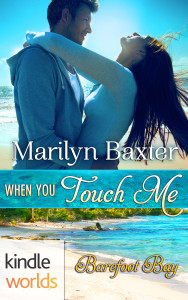 Family woes bring Jillian Logan home to Mimosa Key, but she faces more trouble in her new job as a massage therapist at the Casa Blanca Resort in Barefoot Bay.  Right away she’s given a special assignment:  a wounded soldier who is a good-looking player with sex appeal and who threatens to throw her delicately balanced life off-kilter.  Sam Hartman, AKA Hart Throb, views the beach as just another sandbox all too reminiscent of the hellhole where he was injured.  And the alternative therapies that Jillian offers him?  He considers them pure voodoo.  He would rather move their relationship off the massage table and into his bed, but as much as he wants her touch, it forces him to face the demons that still haunt him.  Can the heat of their unlikely connection heal them both? 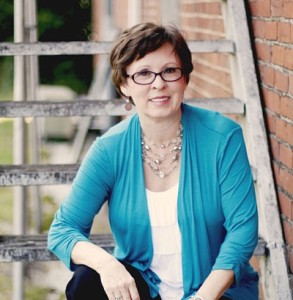 After discovering romance novels quite by accident, Marilyn revived her interest in writing. Since 2001, she’s had over 40 short stories published in both confession and romance magazines, and in 2013 she sold her first book. She is an active member of Romance Writers of America and her local chapter, Heart of Dixie Romance Writers. Her involvement in RWA’s local and national levels has combined to give her a great love of the romance genre as well as friendships that span the globe.

In addition to reading and writing, Marilyn loves watching TV crime dramas, cooking for one and gardening in a few pots on her patio. Her motto is “Have passport, will travel” and she is always ready to add another location to the list of 32 states and 21 foreign countries she has visited so far.

A native of North Carolina, Marilyn arrived in Huntsville, Alabama by way of Frankfurt, Germany. She has lived in Alabama longer than anywhere else and calls it her home. She raised two great sons and now loves to dote on her two terrific granddaughters. And, amidst all of the above, she fits in a day job as an administrative assistant for a boutique law firm.

You can find Marilyn here:

BETTER AS A MEMORY: http://www.amazon.com/Better-as-Memory-Marilyn-Baxter-ebook/dp/B00KB4DLMO/