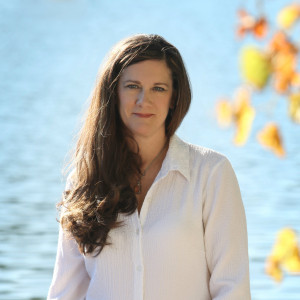 This week on Author on the Couch, I’m having a 2nd session with Sheridan Jeane–sometimes one session just isn’t enough.

GIVEAWAY! Sheridan is giving away an e-copy of her novel IT TAKES A SPY to one random person who comments on the blog!

Me: Tell me what’s been going on in your world since last time you were here?

Sheridan: It’s been an eventful year since I last spoke with you, both professionally and personally. On the professional side, I released another book, “Once Upon a Spy,” and I have fifth book coming out in about a month “My Lady, My Spy.” Both of these are part of my “Secrets and Seduction” series.

After that, I’ll be taking a break from my historical romance series to launch a new contemporary romance series. It’s still under development, so I don’t have a title to share with you yet (but I’m getting close!) Don’t worry. I fully intend to keep writing in both genres. After all, I still have a few characters who are harassing me to tell their stories!

On the personal side, things have been changing at home as well. We’ve moved into a new phase of family life because my firstborn child started college in the fall. I’m going through what every parent has gone through. Letting go can be difficult, but after all, this IS what I’ve been working toward for the past eighteen years!

Me: Watching your kids move on is bittersweet. On the one hand it means you were a success! On the other you almost have to grieve for what was because things will never be the same.

Sheridan: As a writer, a parts of ourselves end up in all of our characters. We’ve been shaped by our life experiences on a fundamental level, and this influences the way we view the world. Even so, I try to create characters who are unique.

Even though Lady Catherine’s Secret was the third book I released, it was the first book I wrote. Because of that, I think Catherine is the most like me. I like to think that if I were dropped back into Victorian times, I’d do an admirable job in emulating her. I’d blend into their structured society while still maintaining my individuality — even if I still had to hide my true self from others. Isn’t that what we all do, especially now with social media? We try to present a crafted public image while hiding those things that make us feel vulnerable.

Me: How long does it typically take you to write a book?

Sheridan: Too long! I now plot out my books in advance, and the plotting/outlining process can take about two or three weeks. I then take about one to two months to write a first draft, then I start making multiple passes to clean it up. All in all, I probably make about six in-depth passes before I send my book off to my editor. She goes through it twice, which means I do too! Then it goes off to my proofreader. All in all, it takes me around nine to twelve months to write a book. Some of that time overlaps with other books.

Me: What’s the most painful part of the writing process for you?

Sheridan: That’s easy. It’s the second draft! Outlines and first drafts are fun, but second drafts are hard work! In that draft, I try to repair any plot/flow issues and add deepen the themes of the book. Some parts look great and need little work, while other parts make me want to pull out my hair in frustration!

Me: Who is your book boyfriend?

Sheridan: A book boyfriend would have to be one of the heroes from one of MY books! After all, I created them! I love all my heroes! I have to admit, though, Lucien (from Gambling on a Scoundrel) Daniel (from Lady Catherine’s Secret), and Monsieur LeCompte (from my series overall) will always hold special places in my heart.

I have to fall in love with each of my heroes when I write them, otherwise I can’t make the love story ring true. Each of my heroes embodies something I find attractive in a man. The self-sacrifice, integrity, and pure sexiness of these three men gets to me!

Me: Name a writing pet peeve of yours. Something that hits you like fingernails-on-a-chalkboard every time you see it. Why does it bug you?

Sheridan: I dislike the overuse of the word “got.” Have you ever thought about what it means? It’s a catchall word that can mean so many different things: bought, understood, grabbed, made, picked up, received, took, won, realized, earned, scored… and those other words give you MUCH more information that the word “got.” It’s fine to use in speech, and occasionally in dialogue when you’re using it for a specific reason, but it’s a lazy word. (And yes, I used the word “get” in my response about a book boyfriend, which just goes to prove that it isn’t always a dreadful word!) 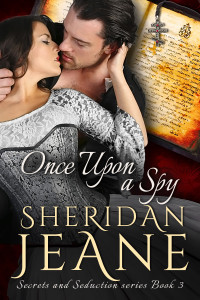 Me: Oh, Sheridan… I got ‘got’ all over the place in my manuscripts! Lol.

What genres do you write? Why do those kinds of books call to you?

Sheridan: I write both historical and contemporary romance novels. Although I enjoy reading fantasy and science fiction, I haven’t tried my hand at writing something like that yet. Although I love to escape into the world of fantasy, my muse seems to be anchored here in the real world.

I love stories about women I can identify with, which means real women who rely on themselves to solve their problems… with the help of family and friends!

Me: Tell me about your Victorian Romantic Suspense novel ONCE UPON A SPY.

London, 1854 ~ Robert, Earl of Wentworth, isn’t a spy, and he never wants to be one, but when his brother is injured and needs his help stealing an important book from the Russian embassy, he can’t refuse.

Antonia has lost everything. If she wants her life back, she needs that book. The problem is, Lord Wentworth just stole it from the Russian Ambassador.

The reluctant spy and the daring thief find themselves at cross-purposes. Who will win in this dangerous game of nations— especially when their hearts are at stake as well?

Me: Share with us a favorite paragraph or two from ONCE UPON A SPY.

I love this scene. It digs deeper into the relationship between the two brothers. Robert tried his best to help Frederick, despite his lack of training, and in this scene he has to confess that everything went wrong. Robert stole the book from the diplomatic pouch, only to have it seduced out from under him.

“Aren’t you going to ask where I was?” Frederick asked.

“What?” Robert was so focused on finding Copper-Eyes that it took him a moment to remember he’d been worried about his brother’s disappearance. With a quick glance, he noted Frederick’s mussed hair and rumpled clothing. He cocked one eyebrow. “Fine. I’ll ask. You look a bit rough. Where were you?”

“In one of the vacant bedrooms. Lady Harrington followed us up there and waylaid me.”

The blunt confession left Robert momentarily stunned. He paused, his gaze raking over his brother, seeing his dishabille in a different light and noting the way he cradled his newly re-bandaged hand. “You entered a bedroom with her? Are you telling me that while you were off trysting with a beautiful young widow, you left me to” —he lowered his voice— “to recover that bloody book?”

Frederick’s face reddened. “Don’t be ridiculous. Trysting? I was not trysting. Lady Harrington was merely concerned about my injuries. And, where is that bloody book?”

“Your unkempt hair makes me doubt the truth of your claim, but to answer your question, the book is gone. Stolen right out from under me.” He met his brother’s gaze. “I’m sorry. I’ve failed you.”

“What? You let someone take it? How could you be so careless?”

A surge of emotion ripped through Robert, and his anger and frustration caused him to snap. “If you’d been where you were supposed to be, it never would have happened. I might have been a fool for losing it, but you were completely irresponsible for disappearing. We both share the blame.”

You can purchase these books by Sheridan Jeane:

IT TAKES A SPY:

ONCE UPON A SPY:

Coming soon – MY LADY, MY SPY

And her standalone novel

GAMBLING ON A SCOUNDREL:

You can find Sheridan here:

If you enjoyed Sheridan’s “session” could you do us a favor and hit one of the handy dandy Click-To-Tweet Buttons! THANK YOU!

While you’re here make sure you stop by RACE THE DARKNESS: Cover Reveal and Excerpt.

Abbie Roads writes dark emotional novels featuring damaged characters, but always gives her hero and heroine a happy ending… after torturing them for three hundred pages. Her first novel RACE THE DARKNESS will be out October, 4, 2016. You can pre-order a copy here: