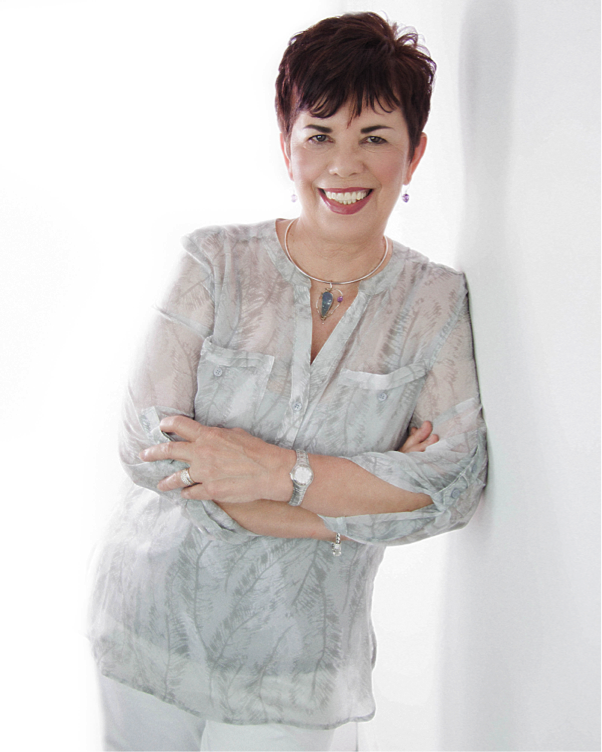 I’m conducting a session with

GIVEAWAY! Sandra is giving away a signed copy of FALLING FOR HER.

Sandra: The day I found out my mother had an inoperable brain tumor. As I watched her health deteriorate, I was in awe of her determination to still laugh and love. She never once felt sorry for herself, never once cried. And when one of her kids did, she would say, “I loved your father. I had five beautiful children. My life was blessed and there is no reason for your tears.” What I learned from her was that life is what you make it, and she died with no regrets. She was a true inspiration, and the day I take my last breath, I don’t plan to have any regrets either.

Me: Oh, Sandra–what a story. Your mom is an inspiration to us all.

Sandra: I’m a calm person, meaning that I don’t stress easily. So when I have a deadline looming and the dishwasher breaks, the car is due for service, and we lose power because of a storm and company is coming to dinner, I take it all in stride. One way or another, things will get done so why worry? (This drives my husband crazy because he worries about everything and seems to think I should, too.) How does this help me as an author? I just keep on writing while the world implodes around me.

Me: You need to teach classes, write a book, and become a guru on how to Not-Stress! That is a valuable skill to have.

Sandra: That I’m shy with people I don’t know. That hinders me when it comes to networking, which is an important part of the business side of writing. Once I know you, though, whole different story.

Things always have a way of working out the way they’re supposed to. It might not be the way you thought you wanted, but sometimes it’s better than you dared to hope for.   ~Sandra Owens

Me: I’m guessing you might be an introvert. So many writers are and have the same struggles as you.

What was your high point as a writer?

Sandra: Finaling in the Golden Heart® in 2013 with CRAZY FOR HER. That opened doors for me that I never even knew about, and it brought me to the attention of my publisher, Montlake Romance.

Me: Congratulation on your 2013 final from this 2014 finalist! It really is a special experience.

What was your low point as a writer—a time when questioned your path as a writer, a time when you felt really crappy about your writing?

Sandra: I had a dream agent that I’d zeroed in on, and although she rejected the first manuscript I sent to her, she wrote me a really nice rejection letter, inviting me to submit to her again. A few months later, I sent her another manuscript (CRAZY FOR HER) and she sent me a revise and resubmit letter, again telling me how much she liked the story but it wasn’t quite there for her. So I revised it based on her suggestions and resubmitted it. It was still a no go. That was so disappointing because I’d set my heart on her.

About a month after that final rejection, CRAZY FOR HER finaled in the Golden Heart® and my critique partner said I should send the manuscript to her agent, which I did. My critique partner and I now share the same agent, which is really cool. So like I tell my husband when he’s worrying about something, “Things always have a way of working out the way they’re supposed to.” It might not be the way you thought you wanted, but sometimes it’s better than you dared to hope for.

Me: If you had to pick a mental disorder to have for only one day (purely for writer research purposes), which one would you choose?

Sandra: Post Traumatic Stress Disorder – Because I write about PTSD in my Men of K2 Special Services series, it would help me to understand better what our military heroes deal with upon returning to civilian life. 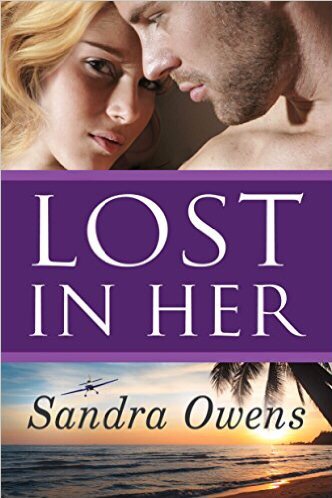 Me: How many books have you written?

Sandra: I have seven books out, three Regencies and four romantic suspense.

Sandra: I had to think about this one, and finally decided it would be Michael, the Earl of Daventry, in my Regency, THE LETTER. He had to deal with the spousal abuse his heroine had experienced at the hands of her husband, and he did it with compassion, love, and humor, all while maintaining his alpha male status. He made her laugh when it was the last thing she felt like doing. I’ve gotten so many emails from readers telling me how much they loved Michael and how he went about helping Dianna learn how to be happy again.

Me: Tell me about your romantic suspense novel LOST IN HER.

It’s been a year since Ryan O’Connor buried his wife. He was in Afghanistan as a SEAL medic when the call came that she’d been killed during a robbery. In that time, he returned home, nursed his grief, and joined his former brothers-in-arms in the K2 Special Services.

After a bad breakup with her ex, Charlene “Charlie” Morgan finds happiness only when flying the friendly skies—as an aerobatic stunt pilot. But the skies aren’t so friendly when her plane troubles turn out to be the work of sabotage.

Looking to forget their worries, Charlie and Ryan run into each other at a bar. The chemistry is instant and intense. It’s only supposed to be a one-night stand. But the memory of their passionate kiss lingers, and when Ryan shows up at Charlie’s flight school, their romance takes off. Yet the route to love has its own turbulence—secrets, lies, and danger. Can one night lead to something lasting?

Me: Share with us a favorite paragraph or two from LOST IN HER. Why do you love this paragraph?

She wanted to deny it, wanted to take him however she could have him. But she would hate herself for settling for second best, and in the end, he would lose all respect for her. The only thing she could do was to be honest with him.

Although a short paragraph, I chose it because it is a turning point for Ryan and Charlie, when Charlie realizes that if she is to have a chance with Ryan, she must first let him go. I love how she refuses to settle for second best, and understands that the journey Ryan must take to deal with his past is one he can only do alone. I love Charlie for believing in herself and in Ryan, that he will find his way back to her.

If you enjoyed this post, do me and Sandra a favor and hit one of the handy-dandy Click-To-Tweet buttons. Thank you!

You can purchase LOST IN HER here:

You can find Sandra here:

Abbie Roads writes dark emotional novels featuring damaged characters, but always gives her hero and heroine a happy ending… after torturing them for three hundred pages. Her first novel RACE THE DARKNESS will be out October 4, 2016