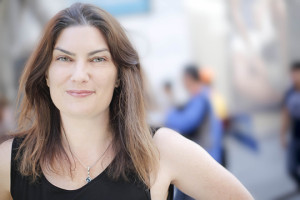 GIVEAWAY! Tamara is giving away a signed paperback copy of HOT SHADE to one lucky person who leaves a comment on this blog.

Tamara: Covering the Haiti earthquake in 2010 for The Associated Press was probably one of the most profound experiences of my life. I arrived in the country about 48 hours after the earthquake hit and was almost immediately confronted with stacks of bodies in the streets, overflowing hospitals and people literally dying at my feet. That was day one. On day two, my assignment was to go out and find mass graves. I did. And yet, throughout all of this, the people I interviewed – people who had lived through the most unimaginable, senseless tragedy – were kind. Such grace in the face of horrific suffering was humbling.

Me: Whoa… I can’t imagine seeing what you’ve seen. That’s got to shift how you look at life.

Tamara: I’ve been a journalist for 23 years, which means I don’t give up. I am persistent. Rejection means little to me – I just steamroll ahead.

Me: Being able to successfully deal with rejection is a must in this this industry. Love your attitude!

Tamara: I’m very, very impatient and am finding that the world of publishing operates at the speed of a turtle swimming through molasses.

What was your high point as a writer—a time when you were happiest, on cloud nine, flying high? What happened?

Tamara: The day Boroughs Publishing Group made me an offer and said that Chris Keeslar would be my editor. I was thrilled to work with such a seasoned professional and felt that I had hit the jackpot of editors. He didn’t disappoint.

In the non-fiction realm, I was fortunate in 2011 to travel the United States and tell the stories of Americans, 10 years after the Sept. 11 terrorist attacks. I was able to write long, complex stories about how people felt about the attacks, their memories and their emotions. The assignment was a rarity in journalism, and I was so blessed that the AP thought I was up for the task.

Tamara: I usually feel crappiest when I’m trying to hard to force a scene. If the scene, or the dialogue, or the characters, aren’t flowing that usually means I need to take a break. Walk or do yoga or play with the dogs. Stop thinking so hard and let the present moment take over – to get out of the stories in my head and live in the real world for a while.

Me: Which of your characters are you most like?

Tamara: The heroine in my first book, Skylar Shaw, is a 22-year-old reporter. Of course, because that’s the age I started in journalism, there are some similarities. She worries about how her story will turn out in the next day’s paper, and has anxiety attacks at night, wondering if she’ll have a correction. Like Skylar, when I was that age – and when there was only a print edition of the newspaper – I would go out in the middle of the night to buy a copy of the early edition, just so I could check the story in print. Anxiety plays a big role in the lives of newspaper writers. And probably fiction writers, come to think of it.

Now, of course, things are different because of the Internet.

Tamara: I started writing in grade school. I loved Raiders of the Lost Ark and wrote little books based on adventurous guys with foreign names and feisty heroines. Really, my writing themes haven’t changed much, I guess. I became a journalist in college and loved the immediacy of a breaking news story. There’s nothing more fun than writing fast on deadline. 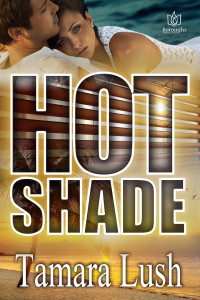 Tamara: I think the stress comes in those first moments when you first read an editor’s thoughts. Whether it’s fiction or journalism, that moment when I open the file from my editor and read his/her comments is the most harrowing. All of the comments and questions and suggestions make my heart race. My first thought generally is, “Holy crap. I can’t do all of THIS.” Sometimes the next move involves calling a colleague or my critique partner and doing a bit of whining.

Then I calm down by going for a walk, getting a cup of coffee or, if I have time, allowing myself to sleep on the edit. (That’s easier with fiction, not so for journalism). Once I’ve had some time to absorb the suggestions, usually everything is okay. It’s just those first few moments that send me into a panic, knowing that my editor’s vision for the story and mine don’t necessarily mesh. In the end, I’ve discovered, the story is always better. So I’m trying to trust the process more and not freak out every time I get an edit.

Me: Tell me about your novel HOT SHADE.

Romance is the last thing on reporter Skylar Shaw’s mind, and all she wants is to work hard and move on from her small-town newspaper job in Florida. A recent college graduate, Skylar’s all alone in the world. Her family is dead, she’s miles from where she grew up and she’s struggling in her career. And she’s sworn off men since breaking up with her abusive ex-boyfriend.

But when she meets a rich and mysterious Italian while covering a story, her carefully constructed plans for the future are blown to bits. Luca Rossi is gorgeous, funny and brilliant, and she’s determined to uncover his secrets.

After a lonely year on the run from the Mafia, Luca will do anything to possess this vulnerable American beauty. Luca’s got a dark past, though, and he’s reluctant to share it with anyone — much less a gorgeous woman who asks lots of questions.

Me: Share with us a favorite paragraph or two from your newest release.

Tamara: This snippet is when Luca, (the hero), seeks out Skylar (the heroine) in a Florida beach bar called The Sloppy Iguana. It’s eighties night at the Iguana, and Luca – who is normally in casual beach clothes because he’s a writer who lives on the water – is dressed up. Skylar’s shocked to see him, mostly because they had a fight, and because he looks so delicious.

“How did you know I was here?” Skylar murmured.

She smiled into his neck. So, he had been reading her Twitter feed. Moth, meet flame.

“Why are you all dressed up like that?” She pulled back to look at him and traced his jaw with her finger. His almost-beard was soft, and she wanted to bury her nose in his face. So she did.

“You said you wanted to see me in something other than shorts and a T-shirt. Do you approve?”

Her fingers stroked his neck under his collar. “I do. A lot.”

To purchase HOT SHADE go to:

You can find Tamara here:

If you enjoyed this post, please hit one of the handy dandy Click-to-Tweet buttons below. Thanks so much for your support!

If you are interested in being an Author on the Couch, email me at